Put This On
Put This On
Source: http://putthison.com/a-stylish-playlist-for-august-2019/ Visit 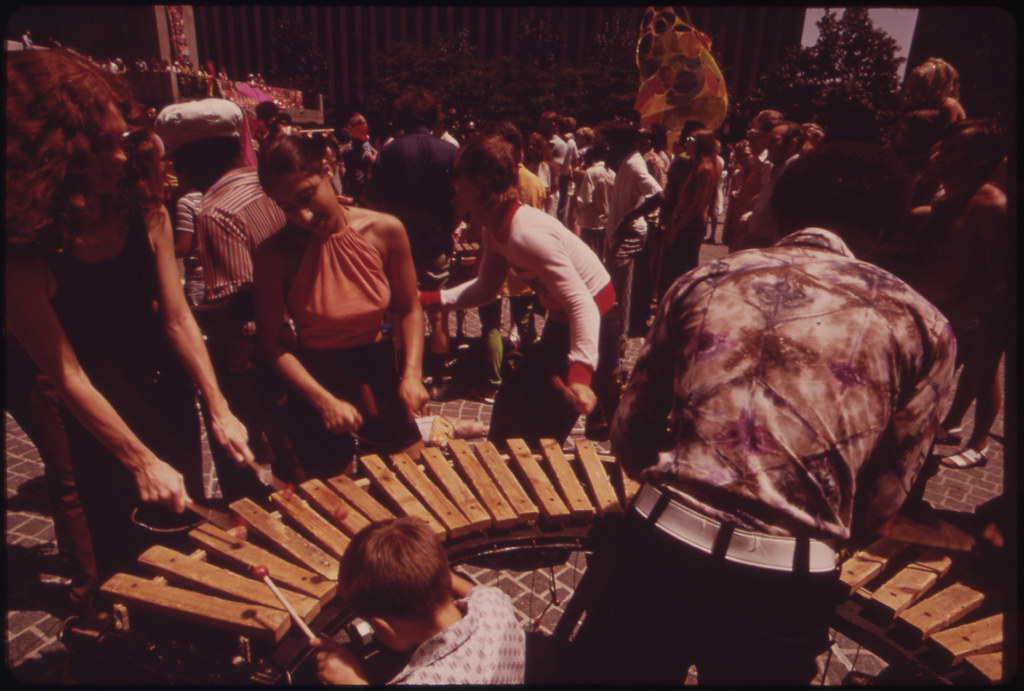 August in Fountain Square, Cincinnati, 1973. Part of the Documerica collection.

It’s Friday night. Good friends are on their way, light beer and cheap wine are on ice, fine cheeses and meats have been procured — the golden hour is approaching and your fit is on point. One question: what to put on the speakers? Do you pick an album? A genre? Or is summer the genre itself? Do you trust an algorithm?  Well, would you let an algorithm choose your clothes? Your charcuterie?

No, you turn to someone with knowledge, like Oliver Wang, who’s been DJing and writing about music since you were in summer camp. Oliver has recently contributed to NPR and the Los Angeles Times, and teaches courses in pop culture, social issues and race/class/gender at California State University Long Beach. He currently cohosts (with Morgan Rhodes) the Heat Rocks podcast, where Oliver and Morgan talk to guests about albums that changed their lives. He’s also written for Put This On. Oliver has done this before — he put together a summer jams list for Put This On in 2016, and he and I put together a “twilight of summer” playlist  a couple of years back. We thought it was about time we refreshed your summer cocktail party vibe.

Check it out on Spotify, and see what Oliver (OW) and I (PA) think of our picks below.

It’s still amazing to me that Rod Stewart, who I considered peak waiting-room-soft-rock growing up, was frontman for some of the harder rocking bands of the late 1960s and 1970s–The Jeff Beck Group and Faces. Oddly enough, one of my favorite Faces songs is closer to waiting room soft rock, and Stewart isn’t even on it. It’s a melancholy, piano and (mostly) acoustic guitar meditation on a relationship, and a good fit for the wistfulness of summer, which creeps up right around now, with July past and September looming. (PA)

2. Earth Wind and Fire: That’s the Way of the World

On my Heat Rocks podcast, we recently had Raphael Saadiq on to talk about the That’s the Way of the World album and besides my general homerism for LA groups, I just think this is an all-time summer vibe masterpiece. Of course, with EW&F, they seem to have a wealth of those but especially with that sublime opening, “That’s the Way of the World” is made for backyard cookouts and late afternoon cruising. (OW)

3. Weldon Irvine: I Love You

Though it originally appeared on Irvine’s Sinbad album, “I Love You” belongs as much to Don Blackman as it does Irvine. Not only does Blackman lend his dulcet vocals to the tune – one of the rare Irvine songs that even have vocals – but Blackman also wrote it. The result is one of the most glorious, smooth crossover soul cuts in Irvine’s impressive catalog. (OW)

4. The Overton Berry Ensemble: Compared to What

In the pre-Spotify era (heck, the pre-Napster era),  key sources for new music for me were (1) older brothers (and sisters), (2) thank-you lists in CD liner notes, and (3) skate magazines and videos. I loved an energetic jazz track I heard in a Toy Machine video but it took years for me to discover it was an interpretation of Jesus Christ Superstar by Overton Berry. Turns out the whole album is great–I love this take on Gene McDaniels’ frank protest song, which slowly builds from an insistent bass line. (PA)

5. Willie Hutch: I Choose You

A centerpiece of many summer playlists is UGK’s “International Players Anthem (I Choose You),” but the underlying sample is a summer jam unto its own. (PA)

6. The Notations: Trying My Best to Find Her

I love the warm sound of this 1969 soul track, which sounds like it has one foot in the 1960s Motown sound and one in the 1970s. This one was later discovered by Northern Soul DJs and is a soughtafter 45 in those circles. (PA)

Still amongst the very best funky soul smashes to ever come out of Los Angeles…and one that you’ll still hear getting placed in movies, tv and ads today; it’s timeless. (OW)

8. The O’Jays: Give the People What They Want

I honestly don’t even remember what the rest of the song lyrics are beyond “got to give the people…give the people!..what they want”. While the sentiment may have been born out of the Black Power Movement, it’s one that feels as resonant today as it did then. (OW)

9. Camp Lo: Luchini AKA This Is It

The horn-heavy beat on this one is so shiny and 1970s, and I love the Italian-inflected flow from Sonny Cheeba and Geechi Suede. Although I sorta can’t stand Amaretto. (PA)

Not like Pharrell or the Neptunes have somehow vanished but this moment of the ‘00s when the Neptunes held such sway over the sound of pop music does feel, now, like an epoch ago. I can’t believe I’m getting wistful for something that’s barely 15 years old now. (OW)

Maybe it’s the beat, maybe it’s the palm trees in the video, but this has always seemed like a classic summer tune from the Hieroglyphics crew, who were once called “the Beatles of backpack rap.” Check out an oral history of the song from David Ma. (PA)

Gaye’s “What’s Going On” era of the early ‘70s sometimes overshadows how much he was a straight up dance hit maker for Motown in his early years. This 1962 single was Gaye’s first major hit and it’s a reminder of how incredibly potent a star he was across three decades. Besides, any song that tells you to sing “yeah yeah yeah”? That’s a jam. (OW)

First of all, when your band is named the “Dragonaires,” you already have a head-start in the game. Byron Lee and his Dragonaires were multi-generational stars in Jamaican, starting early in the 1960s when they were part of a wave of artists pioneering hybrid blends of American R&B and Jamaican rocksteady rhythms. “Soul Ska” is an exemplary example of the style but hardly the one one that Lee can be credited by. (OW)

Cooling down with a steady beat from a solo track from Mittoo, maybe best known as a keyboardist for the Skatalites. (PA)

The Beach Boys are almost too on the nose for a summer mix, but if you ditch the 60s surf city hits and dig a little deeper, you find weird grooves like this one from 1971’s Surf’s Up. It’s super echo-y, with psychedelic lyrics, and a heavy dose of jazz flute, grounded by Beach Boys vocal harmonies. (PA)

16. D’Angelo: Me and Those Dreamin’ Eyes of Mine

No summer slummin’ session can be complete without a dose of D’Angelo and I’ll never tire of this particular cut off his Brown Sugar album. Just the way he opens with that “whoa whoa whoa, yeah yeah yeah” is summertime gold. (OW) 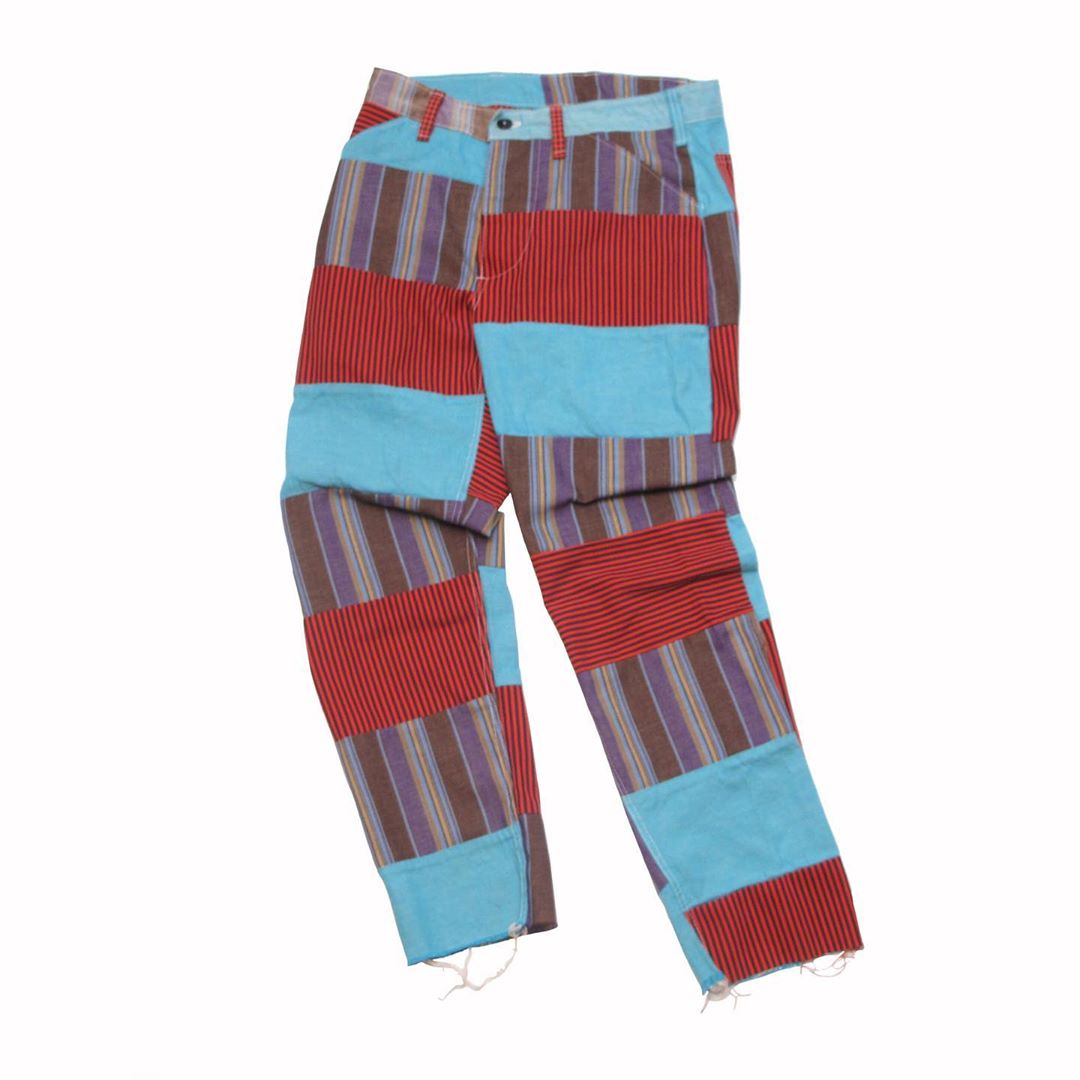 The Art Of Wearing Wild Pants 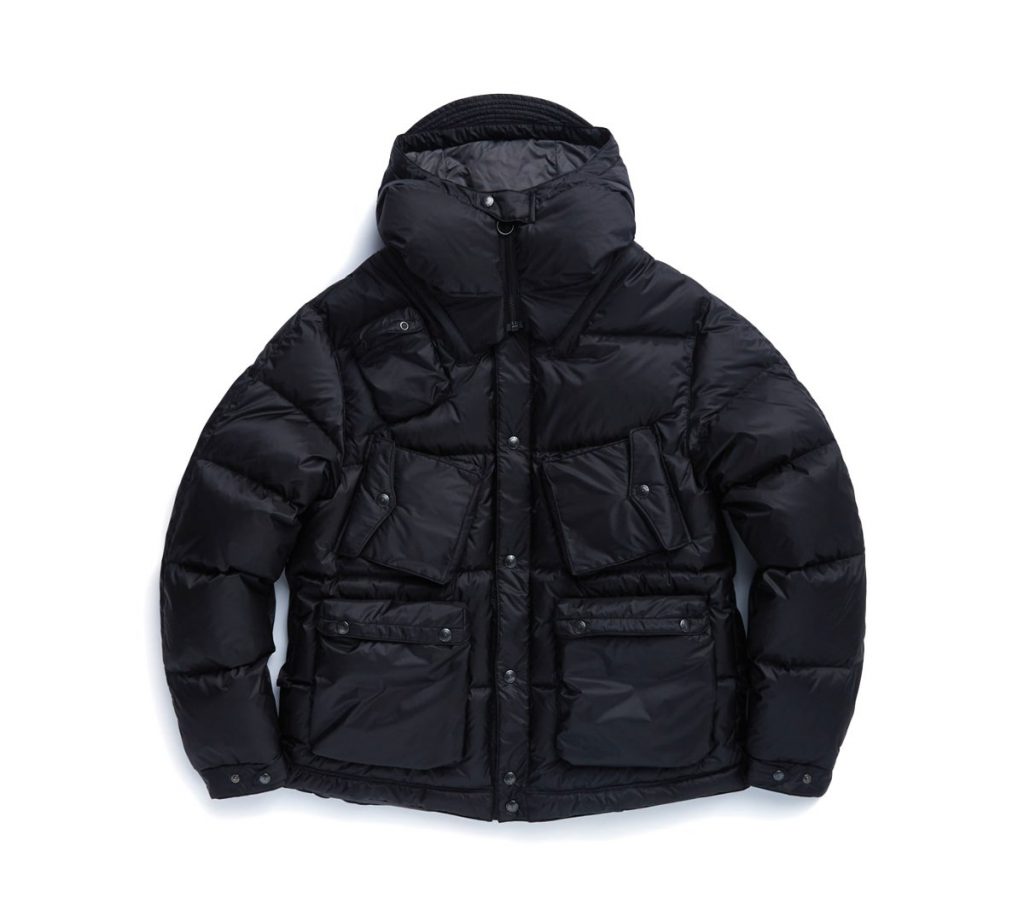 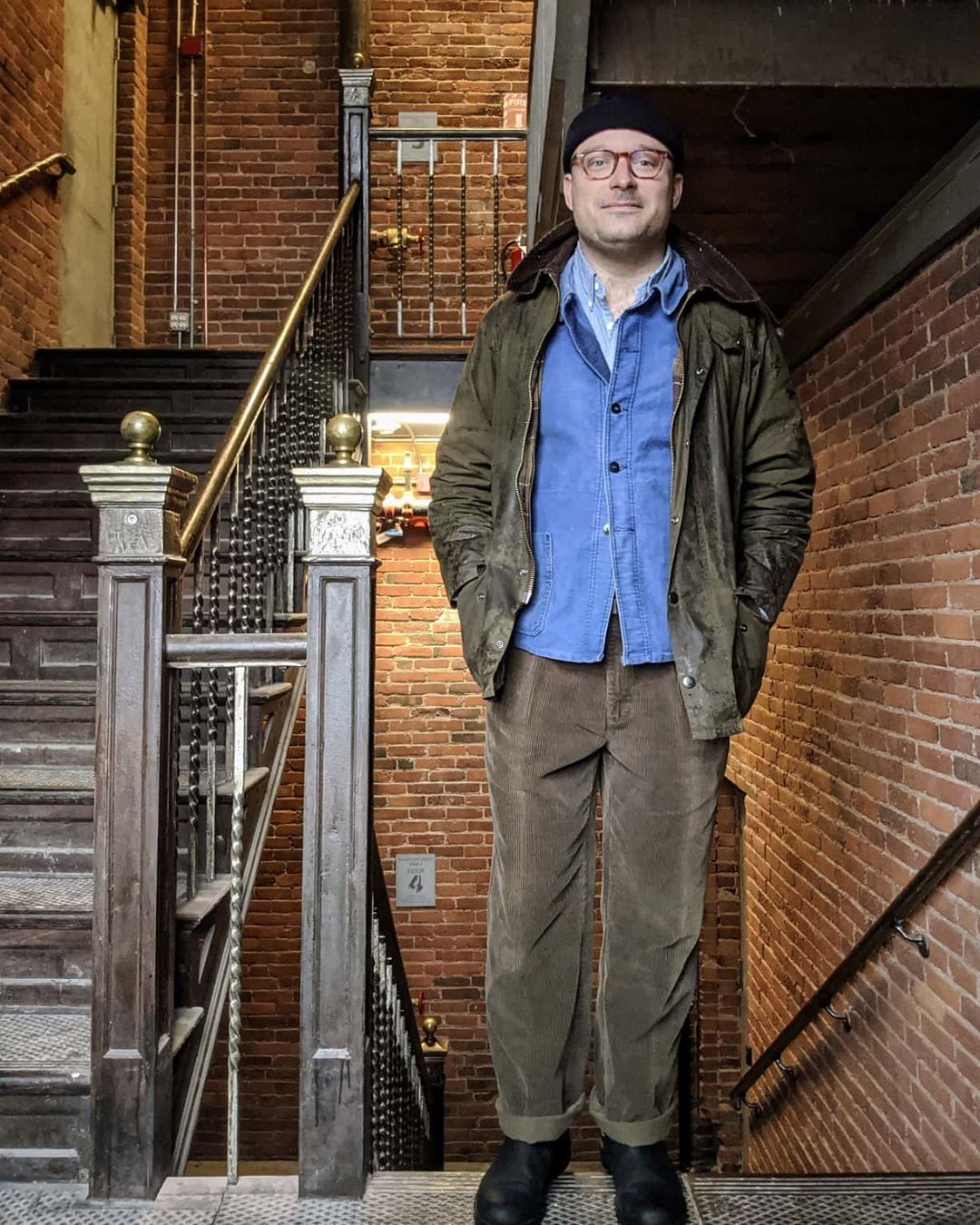 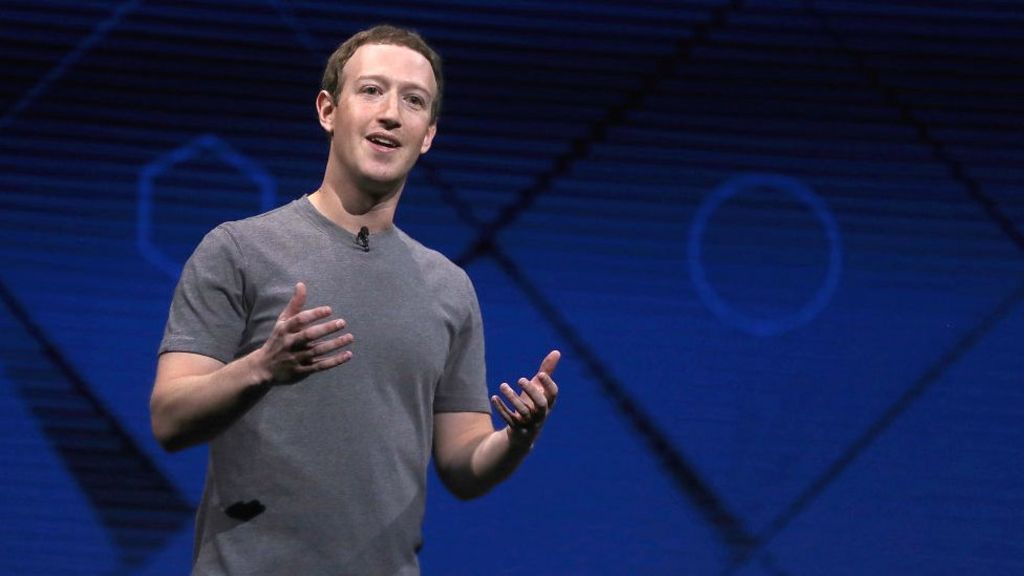 The 'creepy Facebook AI' story that captivated the media

How Many Bikinis Do Sports Illustrated Swimsuit Models Actually Own?