Since Facebook and nearly two dozen other diverse businesses and nonprofits from around the world announced their plans to create the digital currency Libra this past June, there has been substantial debate about the project, its viability, and its potential impact.

Libra is a stable digital currency backed one-to-one by a basket of highly liquid assets that aspires to become an affordable payment and financial services platform.

Overall, the concept of the project seems to resonate with major financial players as a premise for improving access to online transactions, but a series of regulatory concerns has led a number of them to leave the project.

But what’s often lost is why Libra is designed the way it is.

This understanding is all the more relevant with Facebook CEO Mark Zuckerberg set to testify on Capitol Hill next week.

The Libra network distributes governance, rights, and responsibilities among multiple parties—100 at the time of its launch and potentially many more over time.

This approach is unusual for a new digital platform. It means that Facebook, through its subsidiary Calibra, gets just one vote among numerous players in guiding the evolution of the Libra network.

The move has garnered negative reactions and mistrust from some individuals and organizations concerned about the role of digital platforms—especially one like Facebook.

Distributed governance is there precisely to make it easier for multiple firms and organizations to participate and engage in the Libra network, which in turn will create more choices for consumers.

Without distributed governance, organizations and individuals might be less willing to build on the same platform, reinforcing the fragmentation in payment services we see today. The Libra network is modeled after an open technology standard, akin to those used for ensuring that mobile phones can communicate across different carriers.

Open technology standards encourage broad participation, provide shared infrastructure, and can benefit consumers by allowing firms and public organizations to develop a variety of products and services that are compatible with one another. These standards are particularly valuable for new entrants and small firms because they lower barriers to entry, avoid costly duplication of effort, and allow users to build on the same intellectual property.

A more open network for payments and financial services stands to enable broader consumer participation, particularly among the unbanked and underbanked, and ultimately get a significant number of firms to support technology that—if it were widely adopted—could lower costs and benefit even more people.

Early on in the design of the Libra project, it became clear that a protocol for moving money across the globe should not be controlled by any single entity.

Hence, at each step of the design process, a crucial internal test was to make sure that the Libra protocol and incentives were such that members and non-members alike will be able to compete on the same terms. To achieve that, it was also apparent that Facebook would have to open-source the technology it had incubated, relinquish control over the Libra network’s development, and let the network and its governance be shaped by market forces.

The Libra Association, an independent non-profit governing organization made up of the validator nodes of the currency’s Libra network, is tasked with ensuring safe and smooth operation of the Libra network, developing upgrades to the protocol, and interoperability across wallets, merchants, and other service providers.

It will also maintain standards around user identity, auditability, and processes for fighting financial crime. This is to encourage healthy competition in the downstream market for wallets, payments, and other financial services.

Interoperability on the Libra network, combined with lower switching costs relative to current solutions, will allow consumers and businesses to easily choose products that best suit their needs.

That is to say, consumers will have choices. That means Facebook’s wallet Calibra—just like all the others—will have to compete on dimensions such as security, privacy, and cost.

Overall, the hope is that Libra will lead to more competition and innovation, not less, and that in turn it will help dramatically lower the cost of financial services and improve access to them around the world. 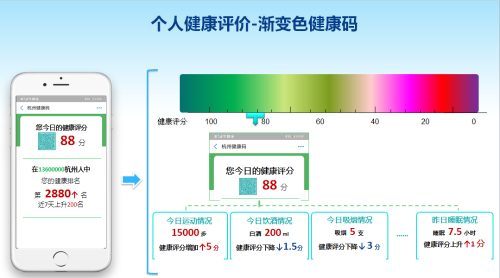